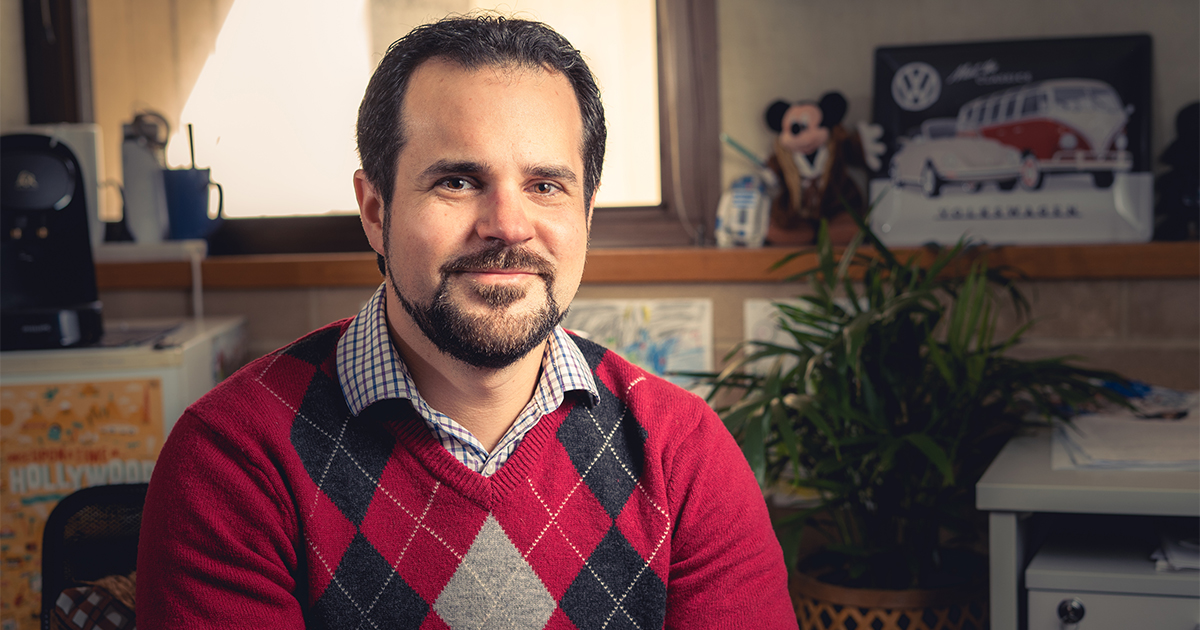 Psychosis is a serious mental illness that affects an estimated 200,000 Australians.

This new research at Flinders will investigate the effectiveness of metacognitive training (MCT) in young men with psychosis.

Delusions are a core symptom of psychosis. Chief Investigator Dr Ryan Balzan said MCT could be used as a psychological treatment for reducing delusional symptoms.

“MCT is more of a psycho-education program than it is intensive psychotherapy. It encourages people to really examine their thinking styles. We all commit thinking errors from time to time, jumping to conclusions or turning a blind eye to evidence that doesn’t quite fit with our theories or beliefs.

“It’s about trying to normalise the symptoms of psychosis and relaying that while biased thinking styles are not unique to psychosis, they may be contributing to their illness.”

Dr Balzan said MCT could be used as a gentle introduction to psychotherapy, or possibly even as a standalone therapy for treating delusions and psychosis.

“MCT is a teaching program, but it’s not just a lecturing people about biased thinking styles. We try and get people to experience these biases in session, which can lead people to think, ‘Oh yeah, I do jump to conclusions sometimes’,” Dr Balzan said.

“You’re trying to plant the seeds of doubt without directly saying, ‘You shouldn’t believe that delusional belief because of this evidence’.

“Considering evidence for and against beliefs is an effective method, but it can be quite confrontational to someone new to psychotherapy.”

Psychosis begins in early-adulthood, but people with the illness don’t always seek treatment right away. It’s hoped MCT’s focus on de-stigmatising psychosis and its audio-visual delivery could help young men engage – and stay engaged – with therapy, which would improve their prognosis.

“Early intervention is critical for all mental illness, but psychosis in particular because it does follow that trajectory where some of those ideas, delusions, or negative symptoms tend to crystalise. If you’re not getting in early—particularly with psychological interventions—they can become more difficult to treat,” Dr Balzan said.

“Using a gentler approach like MCT might help loosen up some of those ideas and plant those seeds of doubt.”

Dr Balzan plans to incorporate an App called ‘Cognito’, developed by colleagues in Germany who also co-developed MCT, into his research to test whether it can be combined with MCT to improve patient outcomes.

The app gives people with psychosis the opportunity to practice the MCT exercises outside of the formal therapy session.

“It’s great when you’re in a room with a clinician or you’re reading a self-help book and you think ‘This makes sense, I can apply this to my life’ but people generally struggle to do this,” said Dr Balzan.

“For a therapy to be effective, you have to keep doing exercises at home in your own time.

“The idea behind the app is that encourages people do just that, for example, it sends them daily reminders to practise an activity or to think about a situation differently. It’s a bit like having a therapist in your pocket!”

This is one of nine projects being undertaken by researchers in the new Freemasons Centre for Male Health and Wellbeing at Flinders University. The Centre’s research is supported through funding from the Masonic Charities Trust and Flinders Foundation.

The Freemasons Centre for Male Health and Wellbeing is an SA and NT research alliance involving Flinders University and Flinders Foundation, Masonic Charities Trust, the South Australian Health and Medical Research Institute, Menzies School of Health Research and the University of Adelaide.

Project title: Maximising the effectiveness of psychological treatment for young men with psychosis