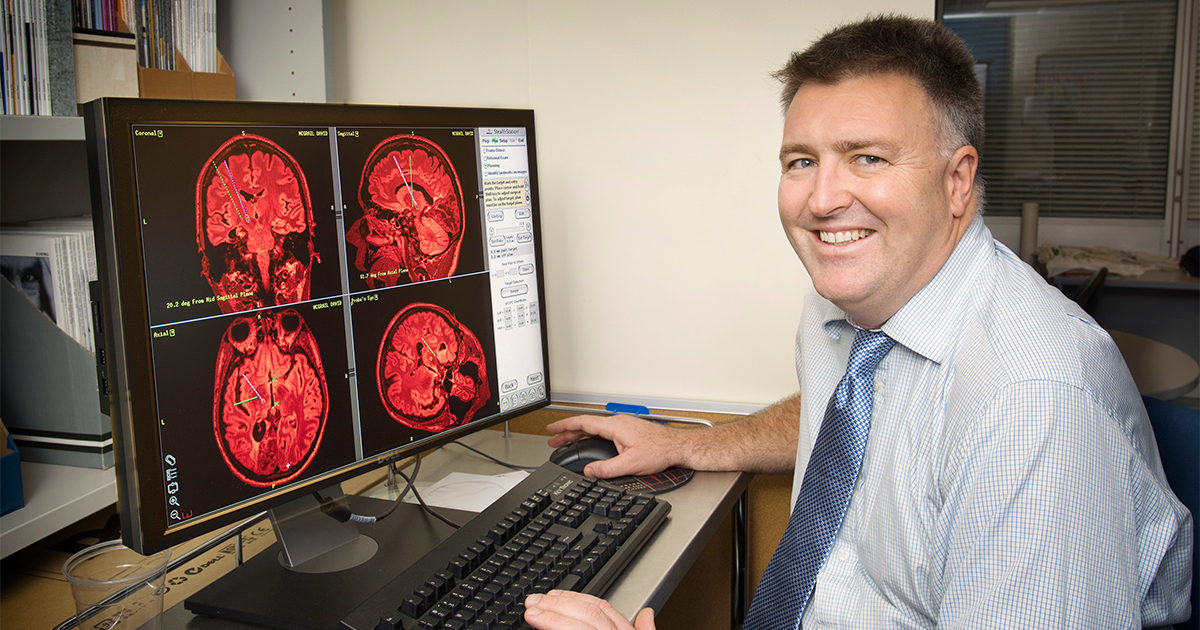 Doctors at Flinders Medical Centre are aiming to develop a reliable and readily available testing technique to diagnose Parkinson's disease earlier and more accurately than is currently possible.

At present there is no definitive diagnostic test for the disease, which contributes to around 1 in 6 patients receiving an incorrect diagnosis of Parkinson’s, when it is instead a Parkinson’s mimicking disorder which displays similar symptoms such as tremor, muscle stiffness and impaired speech.

But to provide more accurate and earlier diagnosis of the disease, Neurologist Associate Professor Robert Wilcox and colleagues from the Flinders Medical Centre and the University of South Australia have received a Flinders Foundation Health Seed Grant for their research seeking to use a new biomarker which can be seen within a routine MRI test.

“Advances in MRI technology has now made it possible to see the nigrosome-1 region of the substantia nigra which is where many of the dopaminergic neurons with critical roles in controlling movement reside in the brainstem…this nigrosome-1 region is abnormal in patients with Parkinson's disease,” A/Prof Wilcox explains.

“There is widespread interest in this biomarker because the images only take about five minutes to acquire within a routine 3 tesla MRI - technology available most large hospitals world-wide.

“However, at present, experienced neuroradiologists have to subjectively rate this nigromsome-1 as normal or abnormal, which requires substantial training and practice to ensure accurate and definitive clinical judgements are made.”

Flinders Medical Centre was the first hospital in Australia to use this new imaging technique in routine clinical practice with more than 760 Adelaide patients already benefiting from use of this technology.

Many of the 3T MRI scanners in Adelaide and elsewhere in Australia have also adopted this new imaging test for Parkinson’s disease.

But now the research team hope to make it easier for other radiologists world-wide to interpret these subtle abnormal MRI findings by developing a new nigrosome-1 automated assessment method – and making it freely available across MRI scanners.

“Collectively, the project aims to easily identify abnormal nigrosome-1 MRI findings, and use this technique to support neurologists to diagnose Parkinson's disease earlier and more accurately than is currently possible,” A/Prof Wilcox says.

“This early diagnosis of Parkinson’s disease is very important for patients as it allows early access to effective treatments and that leads to preservation of physical fitness and quality of life.

“Earliest possible diagnosis will also be crucial in the future to allow testing of new medications and therapies that aim to slow the progression of the Parkinson’s disease.”